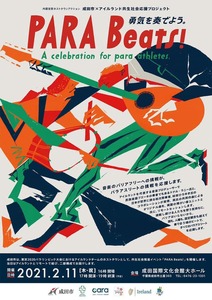 A message from Dónal:

Hi there,
​
Nearly two years ago I was invited to write and play music with Taiko drummers (Zi-Pang, led by Hiro Hayashida). The plan was that they would come to Ireland and perform, and I would bring a band to Japan and perform. But that was before Covid...

Hiro and I made a plan between us, and Hiro sent me a guide-track. I recorded my part of it here in Dublin with David Curley in the Clinic in Dublin; it was videoed by David Bickley and Enda O'Looney, and the lot was sent back to Hiro.
It will be performed in a theatre in Narita. Zi-Pang will be playing live onstage, and our video will be played on-screen behind Zi-Pang.
The instruments are uilleann pipes (James Mahon), bodhrán (Robbie Walsh), violin (Cora Venus Lunny) and bouzouki - myself.
It will be livestreamed on YouTube tomorrow Thursday Feb.11, at 09.00 Irish time, 18.00 Narita time. Here's the link:
https://www.youtube.com/channel/UCwnsiG5ss2SNK4ZKkwDtTmQ
Fingers crossed!
Dónal
Dónal Lunny - Folk Alliance International Lifetime Achievement Award 2017 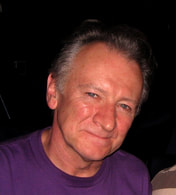 Dónal Lunny is popularly regarded as having being central to the renaissance of Irish Music over the last three decades.
Since the seventies Dónal has had involvement with some of the most innovative bands to emerge from Ireland including Planxty, the Bothy Band, Moving Hearts, Coolfin, and more recently Mozaik. He has toured across the world, collaborating with musicians of many different cultures.
Dónal co-founded Mulligan Records and produced 17 albums for the label. Since then he has produced tracks for, and collaborated on albums with Kate Bush, Mark Knopfler, Indigo Girls, Clannad, and Baaba Maal among others. He produced the internationally acclaimed album for EMI, ‘Common Ground’, featuring such artists as Bono, Neil and Tim Finn, and Elvis Costello.
He continues his work in studio production, also occasionally composing music for theatre, television and film.
A member of Aosdána, in 2008 Dónal received an Honorary Doctorate in music from Trinity College. In 2009 he was appointed Artist in Residence at the University of Limerick, where he frequently teaches.
​Dónal Lunny Management: Fachtna Ó Ceallaigh - foc187[at]me.com
Concert bookings: Please see individual pages
Powered by